I was cruising the Monster-Net this morning and I ran into an IMDB (Internet Movie Data Base) posting about “insect related monster movies”. IMDB Insect Monster Movie List The Insect monster movie genre dominated the 1950’s period in horror and movie such as “THEM” , The Monster that Challenged the World and “The Fly” became the Go-to-scare-me movies on the mid 20th century. Those movies and such others found their way into the hearts of young monsters kids when they migrated into the homes of every American who owned a TV Set. Insect monsters became the favorite of many monster kids who watched their favorite monster movie horror hosts of Creature Features on local TV. But the Insect Monsters are still creeping around our back porches across the country and around the world. One recent incarnation of a large evil bug showed up in the movie Godzilla 2014. That huge, ugly and radioactive cockroach was is called the M.U.T.O (Massive Unidentified Terrestrial Organism) “MUTO: Massive Unidentified Terrestrial Organism. It is, however, no longer terrestrial; it is airborne.” The M.U.T.O. Was a force to be reckoned with. My favorite part of Godzilla was watching the female M.U.T.O leaving Yucca Mountain Radioactive containment and strolling through Las Vegas. I once lost a large sum of money in Reno and I was fantasizing that the M.U.T.O. was stepping on the Casino where I lost my bank roll. 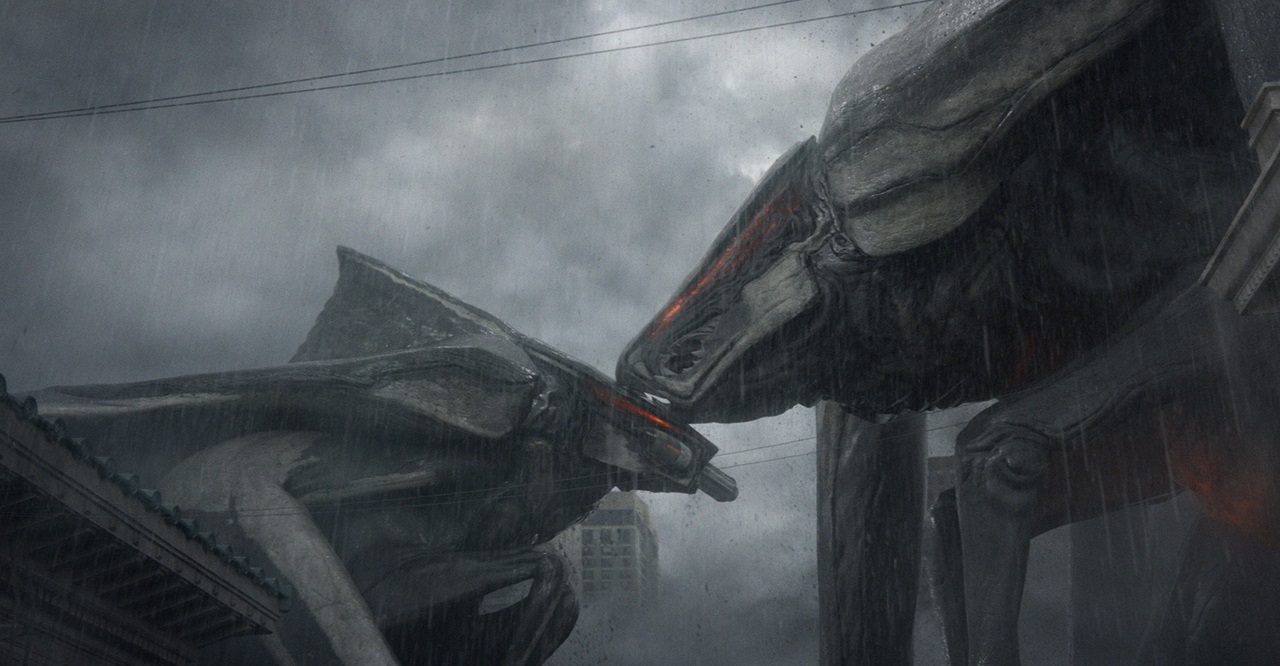 I enjoyed Godzilla 2014, I think my biggest complaints about the movie surrounded the human characters and the fact that part of the movie was shot in the dark which made in hard to see on my home theater set up. The story line also lost some continuity on the ground, but I guess it could be written off as the “fog of disaster”. We also know very little about the main characters, Godzilla and the M.U.T.Os, except for the fact that two scientists claim that they were members of the animal community when the earth was forming in high radiation levels (The M.U.T.Os loved to eat nuclear bombs…yum!). But after all it was a Godzilla movie.. no intro or back story needed.